Today’s blog is all about our hunt for the best Zendaya wigs online! Zendaya, the famous American actress and singer, is popular for a number of reasons, the best of which are: 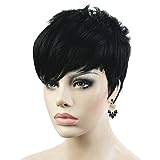 Price not available
Buy on Amazon

As a child actress, Zendaya first broke into the screen world through the Disney Channel, performing in various music videos as a backup dancer before landing one of the lead roles in the children’s series Shake It Up. Zendaya began releasing music with her co-star Bella Thorne before branching out into independent acting and individual music. From there, Zendaya scored a place on Dancing with the Stars as one of the youngest contestants ever at 16, eventually earning second place. She starred in several more Disney films and eventually produced and starred in another Disney Sitcom, K.C. Undercover.

Today, Zendaya has the distinction of being the youngest Emmy winner ever for her starring performance in Euphoria as Rue, a teenage drug addict. She’s also designed and released numerous clothing collections, continues to record and release new music, and starred in the recent Marvel Spiderman movies alongside Tom Holland and in the feature film Greatest Showman with Hugh Jackman and Zac Efron. She continues to star in films and improve her acting to critical acclaim, playing roles that will break hearts and are sure to garner critical acclaim.

Aside from her famed musical and acting acclaim, Zendaya continues to stun and amaze with her fabulous fashion sense. Besides her classic fashion sense and her willingness to take chances with adventurous and exciting dresses and pants. Besides her fashion, Zendaya is most famous for her wig and hairstyles. Besides Kylie Jenner, Zendaya is one of the most versatile hairstyle wearers out there, swapping out wigs and other amazing hairstyles in the blink of an eye for fabulous hair transformations. From short and spiky to long and curly, there’s a style here for everyone!

The original Zendaya hairstyle, these curly black locks tumble down your hair and provide the perfect classic accessory to a Zendaya costume. Thick dark black curls reach past your shoulders and are heat-resistant for ideal styling and storage over time. The hairline is natural, pre-plucked, and customized, making this wig an amazing fit for any Zendaya cosplayer or fan!

This sleek black bob is reminiscent of Zendaya’s 2015 Kid’s Choice Awards Look. This bob is absolutely straight ad sleek, providing an almost slick appearance that will help put the final touch on any Zendaya look. Pair it with her signature bright colored dress that she wore at this awards ceremony or double up with a roaring twenties costume for a Zendaya inspired flapper look she’d surely be proud of!

Another one of Zendaya’s classic looks, the choppy pixie dazzles at any event. The Grammy’s, the British Fashion Council Awards- no matter where Zendaya wears this look, she dazzles. Slip on this innovative, fashion-forward pixie for a sleek and natural-looking transformation that will amaze guests and put the perfect finishing touch on any Zendaya costume.

Zendaya achieved historic and worldwide fame for her award-winning role as Rue in the groundbreaking HBO series Euphoria. Zendaya lovers will want to emulate Z’s historic character through her fun and unique fashion ensemble. Take on some of Rue’s best costumes with a brightly colored Hawaiian shirt and striped tank top combo, or try on a dapper white shirt and tie to mimic Rue and Jule’s special night. Top the look off with a wavy ponytail and call it a day!

Zendaya has inspired the world through her commitment to passionate acting and powerful performances. Ever since she was a child, she’s created incredible characters that draw in audiences time and time again. Picking just one of her signature wig and costume pairs is always going to be a challenge but with all of these options to choose from the odds are good that you’ll be able to evoke the fiery and powerful aura of the fierce Zendaya. She makes an amazing costume and cosplay for girls everywhere, and her rise in popularity shows us that she’ll be a powerful figure in our world for years to come. I hope that you love these Zendaya wigs and enjoyed today’s article.

There are many other fabulous celebrities who would make great cosplay inspirations. You might also like to check out these Keira Knightly wigs and these Gwen Stefani wigs for more inspiration! 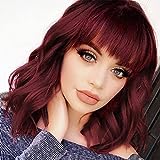 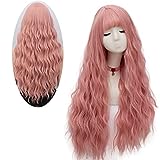