Keira Knightly, the renowned British actress, has played many famous roles throughout her time on the big screen, including the beloved characters… 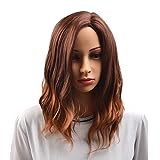 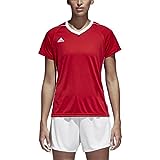 Price not available
Buy on Amazon

As a long-time actress, Keira Knightly has been starring in films since the age of eight, earning her breakthrough in the landmark British comedy Bend It Like Beckham (a must see!). Keira then went on to earn star roles in Pirates of the Caribbean as the swashbuckling Elizabeth Swann before winning hearts and minds over as the intelligent and stunning Elizabeth Bennett in the 2005 Pride and Prejudice remake. From there, Keira earned her title as the star of elegant period dramas, topping films like the Duchess, Atonement, Colette, and Anna Karenina. She experiments across genres of film and has appeared in plays, musicals, and other docudramas.

As a perennial star of period dramas that prize feminine women and traditional conservative styles, Keira’s look is often captured as wistful, sweet, and stunning. Her warm eyes are always smiling even when she frowns, and her face is usually framed with wavy or curled locks that tumble out of a neatly pinned updo. Whether she’s fighting back a horde of angry pirates or riding in a horse-drawn carriage, Keira seems to perfectly capture a sweet yet fierce sense of style that pervades every character she plays.

Choosing a Keira Knightly costume is guaranteed to be great fun because there are so many options to choose from! Over the years, she’s played everything from rambunctious teenager to corseted royalty, so you can take your pick of era and costumes to choose from. The actress describes her personal style as a bit vintage and a bit classic, with touches of floral elegance. She has been known to favor a masculine casual style, often rocking a fabulous suit or trouser combo, which could make for a fun celebrity double. She is also very publicly open about her frequent use of wigs, citing hair loss after years in show business as a major reason she tries to protect her natural hair. If Keira uses wigs, you certainly can too! Here are some of the best Keira Knightly Wigs that you can buy online.

If you’re looking for some classic sweet and sensible Keira Knightly hair, this is the wig for you. A gentle rosy brown that dusts your shoulder tops and features gentle waving curls, this is the classic Keira Knightly hairstyle. She has been known to tie parts of it back or pin it into a low, sweet bun, but overall, this is a timeless and elegant hairstyle Keira will likely rock for many years.

For together curls more reminiscent of Knightly’s younger years, this wig is definitely the way to go. This sweet auburn brown style is shorter than Keira’s usual wigs in part due to its tighter curls. Keira here demonstrates another timeless look of pin curls and younger years, so this would be a great wig to rely on if you were cosplaying a young Keira.

The famous captured daughter turned pirate princess deserves her own mention as a costume of choice. A true Knightly fan will recognize the significance of this role as one that catapulted Keira Knightly to international fame in addition to being a glamorous and beautiful look. Whether you need a Halloween costume or an astonishing cosplay of the original Disney girl hero, this luxurious blonde wig will perfectly emulate the waves of the fierce Elizabeth Swann. Very soft and wavy, this wig is an excellent addition to your cosplay closet!

In large part because there are many famous costumes that signify the beloved Keira Knightly, picking a favorite is a challenge. However, her earliest popular costume might be one of our favorites, as well as her most recognizable early role as Jules Paxton. Anyone can play as the famous Hounslow Harriers in one of their signature red jerseys! You can write on the team letters on the front or play in their plain jersey!

Keira Knightly has inspired the world through her commitment to social causes and her excellence in acting. Distilling her signature style down to one role or one look for a costume is always going to be tricky, but with these options you’re sure to be able to evoke the fiercely sweet and feminine side of Keira. The beloved lady of British film, Keira Knightly makes a great costume for one and all, and you’re sure to find another Knightly fan whenever you wear a costume by her or of her.

There are many celebrities who wear wigs. If you enjoyed these Keira Knightly Wigs you might also like to check out the following: 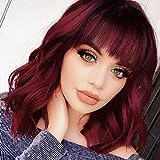 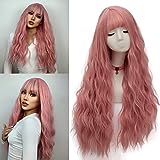